What is a DSLR camera exactly?

More broadly, a DSLR camera is just a digital single-lens reflex camera with a mirror mechanism. The added mirror mechanism serves either of two functions: to reflect light from the lens to the optical viewer (the eyepiece behind the camera that allows you to view what you are capturing) or pass light onto the image sensors (sensors that capture the image).

DSLR cameras have been around for a long time and face competition from mirrorless cameras.

And what is a Mirrorless Camera?

As a result, the user can see the preview of the image an EVF (electronic viewfinder) or rear LCD screen before capturing. The only reason why DSLR cameras are not referred to as “mirrored” cameras is that mirrorless cameras came second.

It is less likely that mirrorless cameras will entirely replace DSLR cameras in the market. Besides the resounding legacy of DSLR cameras, they still have numerous advantages over their mirrorless counterparts.

For instance, many photographers can’t disregard the fact that DSLR cameras focus faster, shoots faster, and their viewfinder is better off compared to that found in most mirrorless cameras. And, in most cases, images captured by DSLR cameras come out with superior quality.

Mirrorless cameras, however, are starting to gain on DSLR cameras. Worth mentioning are Sony cameras that are trying to address the lingering flaws inherent of most current mirrorless cameras, namely battery life and speed.

Until now, DSLR cameras mainly offer real advantages for specific photographic niches – events, weddings, and sports – but that might not hold for long. So the verdict is, only time will tell!

When mirrorless cameras burst on the scene, the biggest benefit many photographers touted was the significant reduction in weight and size. This is an essential factor to consider when traveling or hiking longer distances – the smaller and lighter the camera is, the easier it will be to carry longer distances into the wild.

However, some photographers find this benefit to be the camera’s biggest flaw. For instance, the front feels weighty when attached to a bigger lens, which is highly preferable when photographing the wildlife. The user is more prone to forearm fatigue in the long run.

Mirrorless cameras replaced optical viewfinders (OVF) with an electronic viewfinder (EVF). This switch, again, comes with conflicting benefits and setbacks when capturing wildlife images. OVFs were (and some of them still are) known for their grainy and low-rate photography experience. EVFs, on another hand, comes with high-resolution photography experience, which provides impressive wildlife photography features like focus peaking, and live histogram.

Also, recording videos with EVFs is more straightforward. If you want to capture wildlife images in very bright conditions, a mirrorless camera is the best option for you.

The OVFs in the DSLR camera offers considerable benefits as well. For instance, a significant number of EVFs in the market have a lag. This lag looks insignificant when capturing street or landscape scenes, but following a swooping bird in the sky can be a little tricky.

The old school OVFs with no backlighting and lag time are, therefore, useful in capturing the scenes involving fast-moving subjects.

In low light environments, OVF offers a nicer viewing experience. Since they are not backlit, the lighting level is at par with the ambient light hence reducing eye strain. Better yet, OVF doesn’t require power. This means you are going to capture many pictures in the wild on less a less battery charge compared to EVFs.

Regarding general Autofocus performance, current mirrorless cameras focus very well most of the time. Some of them are even capable of working with thousands of Autofocus points to get a more accurate focus on subjects. They also don’t struggle much when transitioning between points while maintaining focus. This is an important feature to consider when taking wildlife pictures.

However, mirrorless cameras lag behind their DSLR counterparts when it comes to tracking the focus. Any top-class DSLR, regardless of the age, can beat modern mirrorless cameras in speed and the accuracy of capturing moving subjects. There are few exceptions, though.

Sony A9 and Olympus E-M1X are some of the few unbeatable mirrorless cameras when it comes to speed and accuracy.

Better yet, in-body stabilizations enable the photographer to record scenes while holding the camera in hand without affecting the results. DSLR cameras perform poorly on this aspect. So if you’d like to record a quick video clip of wildlife, but you don’t have a lot of time to reach for your tripod, just fish out your mirrorless camera, and the results will turn out to be just right.

A wildlife photographer will consider the cost of acquiring a photography gear just like anyone else. If you are thinking of the greatest versus the latest, flagship DSLR cameras and latest mirrorless cameras tend to have a comparable price.

DSLRs that fall in the semi-pro bracket will, however, provide better price to specification value compared to mirrorless cameras for wildlife photography. These cameras also come with better Autofocus and tracking capabilities. The ergonomics and build quality are also impressive.

Another thing to consider is lenses. DSLR lenses are exotic and fully-fledged to handle a variety of photography tasks, including wildlife photography. Lenses in mirrorless cameras are not as fully-fledged as those in DSLRs.

Do professionals use mirrorless cameras?

There is no good reason behind this preference behind the features. It is important to note that, for most semi-pro and pro photographers, buying a camera is an experience in itself, and the professional may switch between cameras at just to have a different experience.

Here is why most professionals prefer a mirrorless camera.

DSLRs with their protruding lens stock are bulky and conspicuous. Most photographers today prefer maintaining a low profile outing in the field. Mirrorless cameras are small, light, and can work effectively without even attaching additional lenses. As professional photographers discover the need to blend with the crowd, they’re starting to opt for mirrorless cameras instead of DSLRs.

The weight of a full-size DSLR hanging on your shoulder isn’t. Size and weight become a factor when the professional needs to capture long events, say, weddings, graduation ceremonies, or state functions. The small size and weight of mirrorless cameras make them a priority for professionals.

Professionals love the fact that, in terms of Autofocus, nothing goes wrong in mirrorless cameras. The accuracy of the autofocus in these cameras is outstanding. Besides the accuracy, mirrorless cameras do not rely on separate phase-detection Autofocus chips to focus, so the focus points are not limited to the middle of the frame. This way, your autofocus points will have great flexibility and coverage.

Do mirrorless cameras have a shutter life?

The need for a ‘shutter count’ is limited to DSLRs because they use a mechanically adjusted mirror to switch the view between the image sensor and the OVR. This means that most mirrorless cameras are technically devoid of the ‘shutter count’ because they use EVF in place of OVF. Although some models claim to have one, it will likely to be inaccurate in the functioning and will be mainly ‘digital count.’

The primary function of the shutter count in standard DSLRs is to show the amount of life left in the camera. A mirrorless camera does not need this feature. Here is a list of mirrorless cameras that claim to have one;

Mirrorless and DSLRs pros and cons

If you are looking for a camera whose manual focus is easier to achieve, a mirrorless camera would be the best option for you.

The weight difference between DSLRs and mirrorless cameras can be small but worth considering. Your Fuji XT2 is smaller than your Nikon D810 (a DSLR), but that’s because the weight of the lens and the size of the sensor added to the size and weight of the latter.

Zebra is a cool feature that adds white animated strips on an area of a photo that has been overexposed. A histogram is a simple graph that shows the user the part of the scene that is black, the level of brightness that is moving up, and parts of the scene that are white.

1. Process lag, I.e., what you see in your EVF is not what is happening at that exact time

2. Low display rates, but this is starting to improve with technology a significant loss in clarity due to pixel density limitation Just like the sensors, EVFs only work best in low light environment

You know the frustration and regret you feel when you miss capturing a brief once in a lifetime moment because your mirrorless camera took a long time to start. DSLRs open in a blink of an eye.

Almost every function in a DSLR camera can be easily overridden right from color balance, ISO speeds, to flash outputs.

One of the reasons my professionals prefer DSLRs over mirrorless cameras is because DSLRs can be equipped with an array of lenses and filters to add the wow factor on images.

1.They are quite large and bulky especially with full lens stock

2. DSLRs aren’t particularly great for beginners because it can be hard to complete simple tasks

3. They can’t show an electronic live feed of the scene

4. The presence of mechanical moving parts makes DSLRs more prone to breakdown than their mirrorless counterparts

14 Tips for Buying A Camera 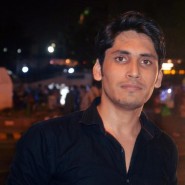 14 Tips for Buying A Camera